After a decade at the club, Manchester City striker and record goalscorer Sergio Agüero has hung up his boots for the last time.

“This will always be your city” 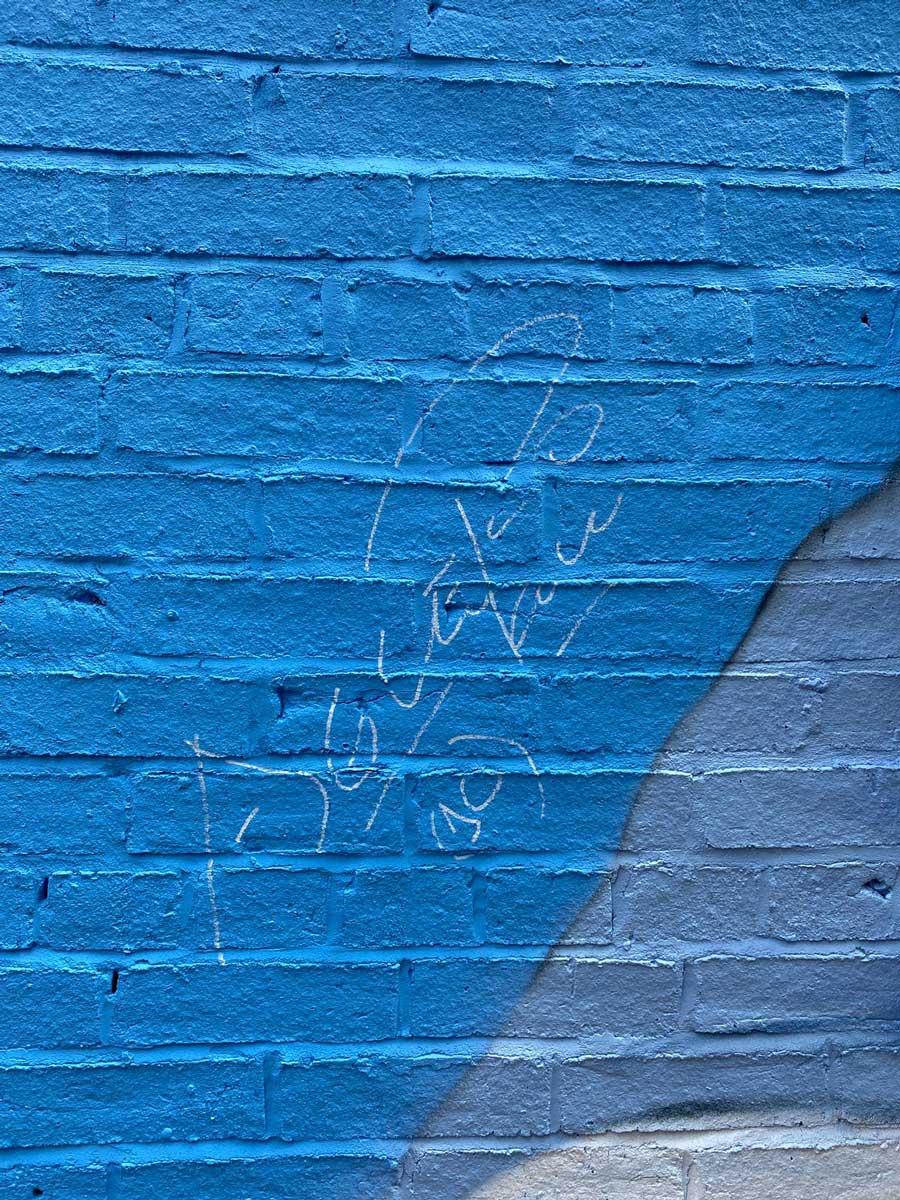 After a decade at the club, Manchester City striker and record goalscorer Sergio Agüero has hung up his boots for the last time. He was a popular player, and the city has commissioned several tributes immortalising him forever. Among those, we were delighted to be trusted to provide a large-scale mural which took pride of place in the city centre.

The mural was in Dale Street, which is in the city’s Northern Quarter, and struck an impressive image on a 3 Storey building. It showed his celebratory shirt raising following his stoppage-time winning goal against Queens Park Rangers in 2012. This momentous back of the net landing secured the city’s first title. Since then, they have gone from strength to strength. As well as a larger-than-life depiction of the player, his name appeared as chanted by the crowd’ Agueroooo’. Sitting under his right arm, the words ‘this will always be your city’ conveyed a message that the fans are keen to ensure he fully understands. To them, he will always be able to call Man City home. Of course, the mural was predominantly blue, with a blue background and the blue city kit with the number 16 on his shorts.

Visited by the Man

We are delighted that he could come and visit the mural, which was part of an ongoing series of tributes, including a mosaic at the training ground and a photoshoot with the Sergio posing with 15 trophies accumulated during his time with Man City. 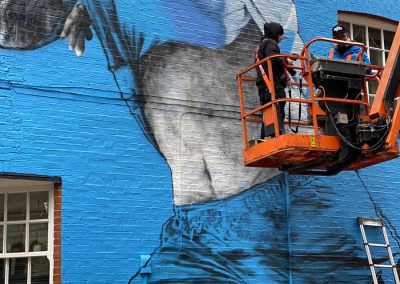 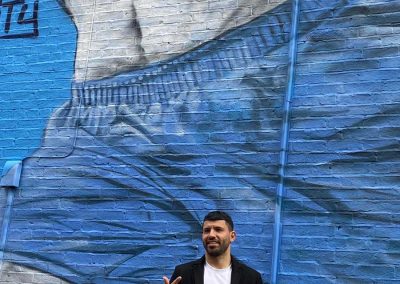