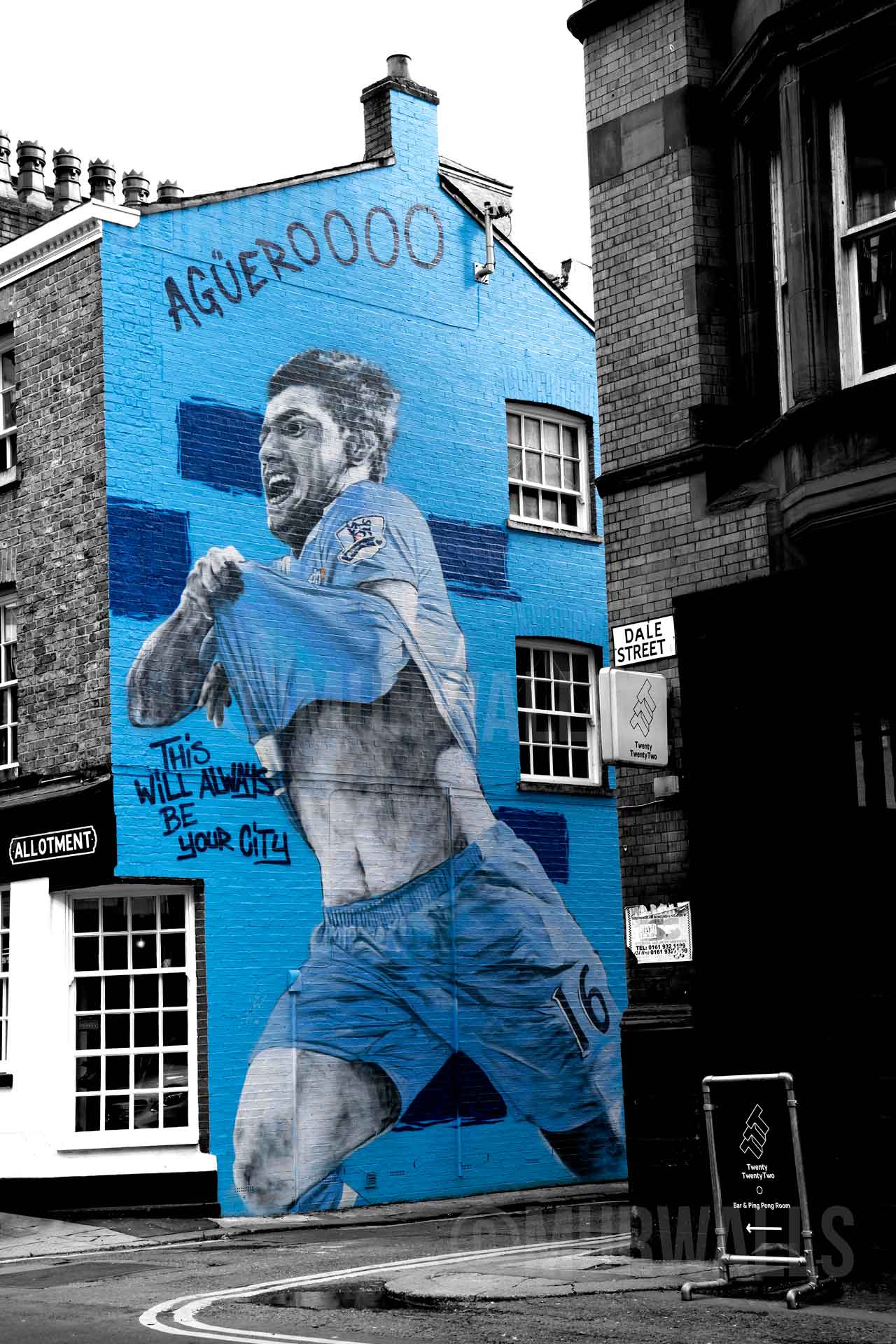 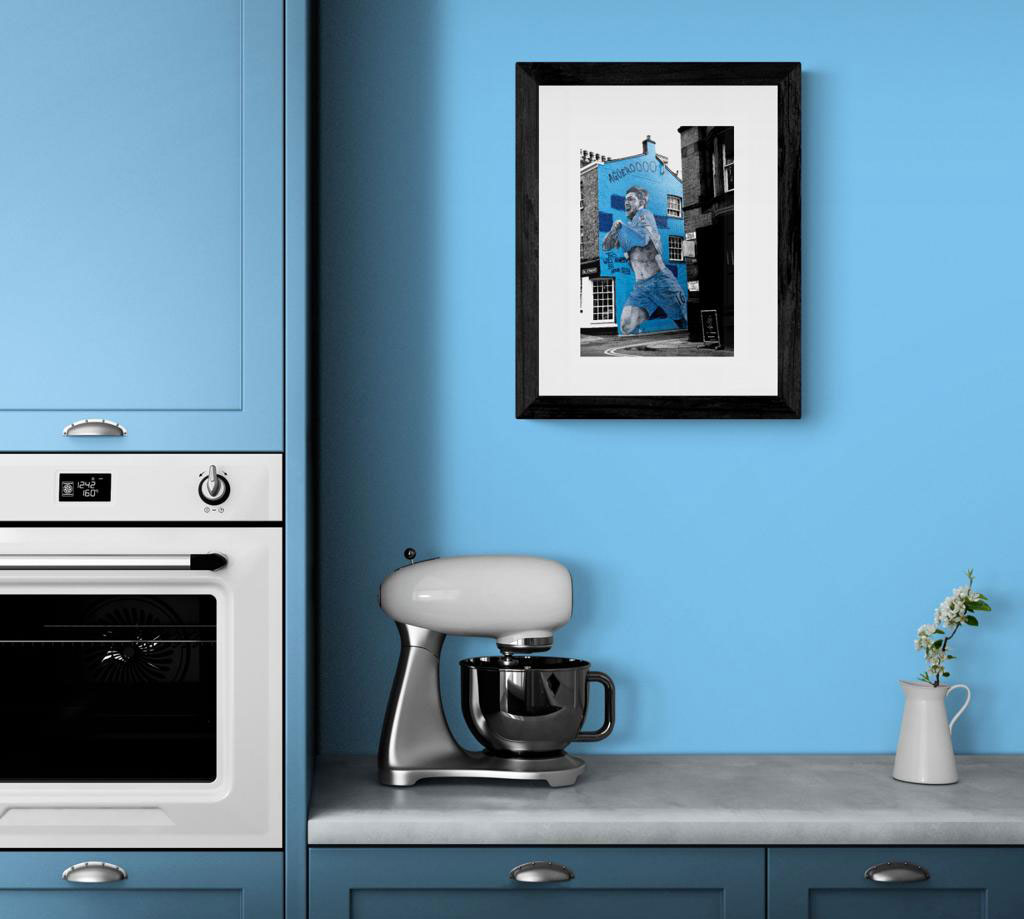 Limited edition prints of the mural of Manchester City striker and record goalscorer Sergio Agüero. After hanging up his boots for the last time for Man City in 2021, we were delighted to be trusted to provide a large-scale mural which took pride of place in the city centre.

It showed his celebratory shirt raising following his stoppage-time winning goal against Queens Park Rangers on the 13th May  2012 at 93:20. This momentous back of the net landing secured the city’s first title. As well as a larger-than-life depiction of the player, his name appeared as chanted by the crowd’ Agueroooo’. Sitting under his right arm, the words ‘this will always be your city’ conveyed a message that the fans are keen to ensure he fully understands. To them, he will always be able to call Man City home.

Each print is embossed, numbered and is officially licenced by Manchester City FC. Includes certificate of authenticity and official Man City hologram.

A percentage of the profits will be supporting ‘CIty’ in the Community, the clubs official charity.

See more about this Mural

Each print is embossed, and hand signed by MurWalls. Includes certificate of authenticity and official hologram.

The materials and inks used have an archival life (protection against UV light damage) of approx. 80 years.

The Printer uses a 9 ink system to provide a wide colour gamut for accurate colour reproduction.

A super heavyweight premium matt coated paper with a card like feel for high resolution prints in photo quality. The premium coating is ideal for graphics with high ink weights.

Price includes VAT at 20%. Postage and packaging charge not included and will be calculated at checkout.

Orders will be despatched using a tracked and signed for service and will be hand rolled in protective postal tube.

Please check with your local authority for import taxes/fees/duty that may be applicable on this item. These charges are not included in the price of this product.