“It’s big, it’s bold, and we’ve got the colours of both teams in the city on it so it will keep more than half of them happy” 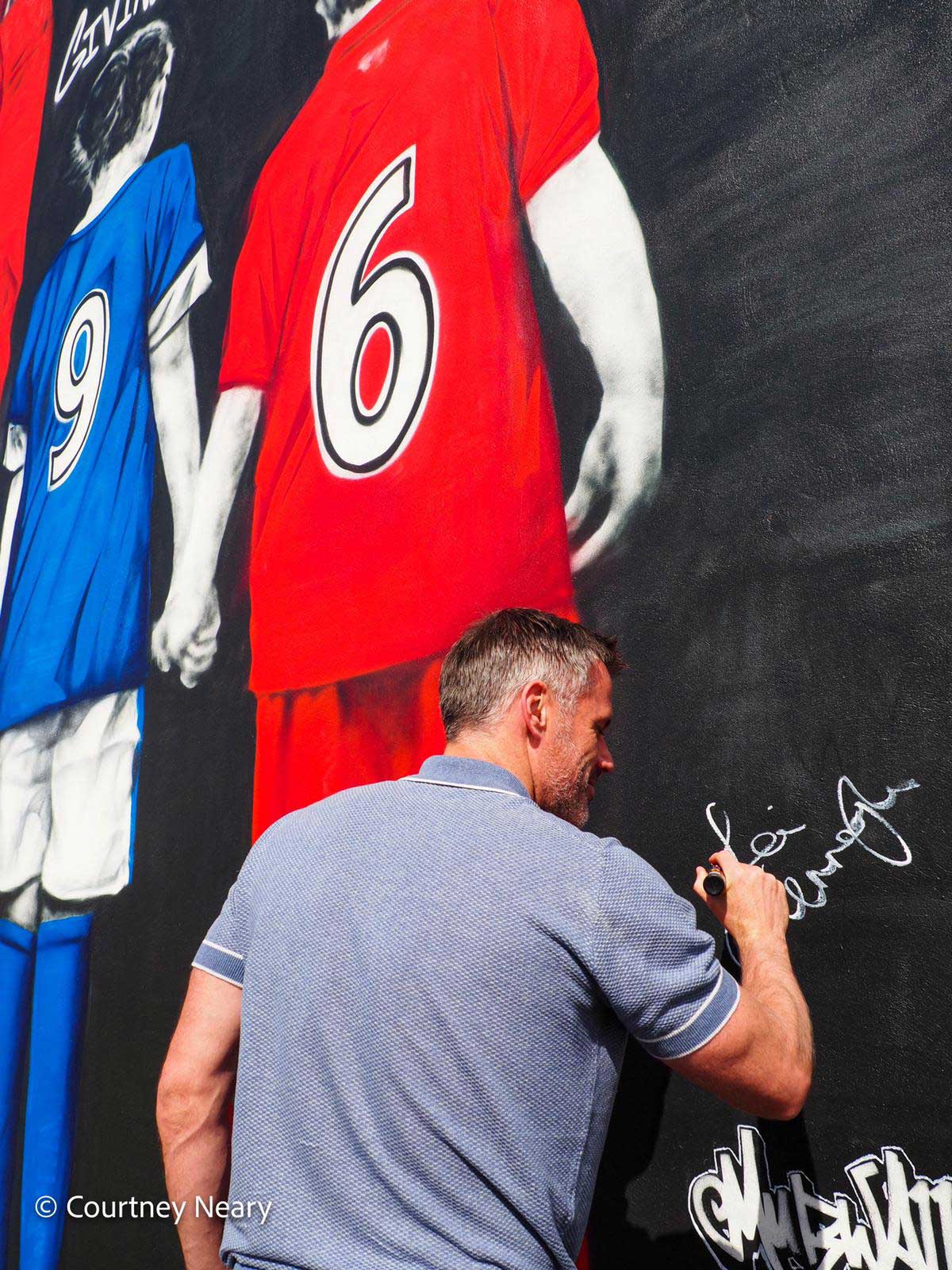 We were delighted to be invited to create a mural for Jamie Carragher’s 23 Foundation, the Liverpool legend which stands in Bootle, his hometown. He started the foundation, and he has helped raise over £3 million for various charitable causes across the Merseyside area in the last decade. So, it was decided that this honour was the perfect way to salute all his contributions to charity.

Our team designed the artwork and depicted Carragher lifting high The Champions League trophy from his time with Liverpool in 2005. Next to this stands Jamie as a child wearing an Everton shirt, the team he supported at the time. The caption reads from Bootle to Istanbul. Next, we see two young children in football kit holding hands with their backs on Jamie’s right, clearly showing the shirt numbers nine and six. This is a tribute to the 96 people who lost their lives at the Hillsborough tragedy. One of the children wears the Liverpool kit while the other stands in the Everton kit. Finally, above their heads, the 23 Foundation logo is emblazoned with the words giving kids a chance below.

Jamie and his charity worked hard during the pandemic for the people of Bootle and the surrounding areas and provided over 10,000 meals to those in need. It is also important to him to encourage schools and grassroots football which has further enhanced the local community. When speaking to the Liverpool Echo, Jamie spoke with much pride, ‘It’s big, it’s bold, and we’ve got the colours of both teams in the city on it so it will keep more than half of them happy,’ he said with a cheeky smile.

He also spoke highly of his time as a child in Bootle, saying how much he loved the area and the perfect location for this artwork. The area has a significant Liverpool supporters’ community and a prominent Everton supporters’ community, and it is hoped the mural will unite them in more than just football. He said, ‘this is a big thank you to the 23 Foundation for all the work they’ve done over the last ten years or so but more specifically in the previous 12 to 18 months through the pandemic. I am fortunate, and this is a very proud day for my family and me as well. So it’s a big thank you to everyone.’ 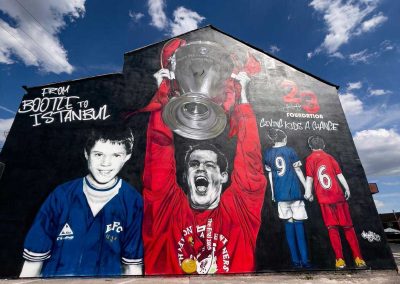 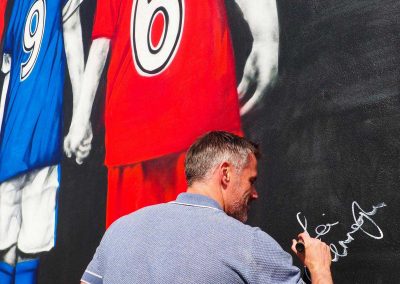 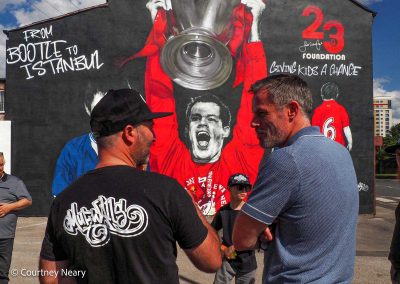 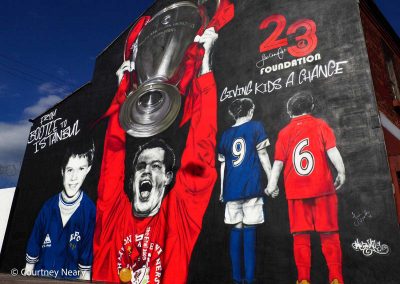