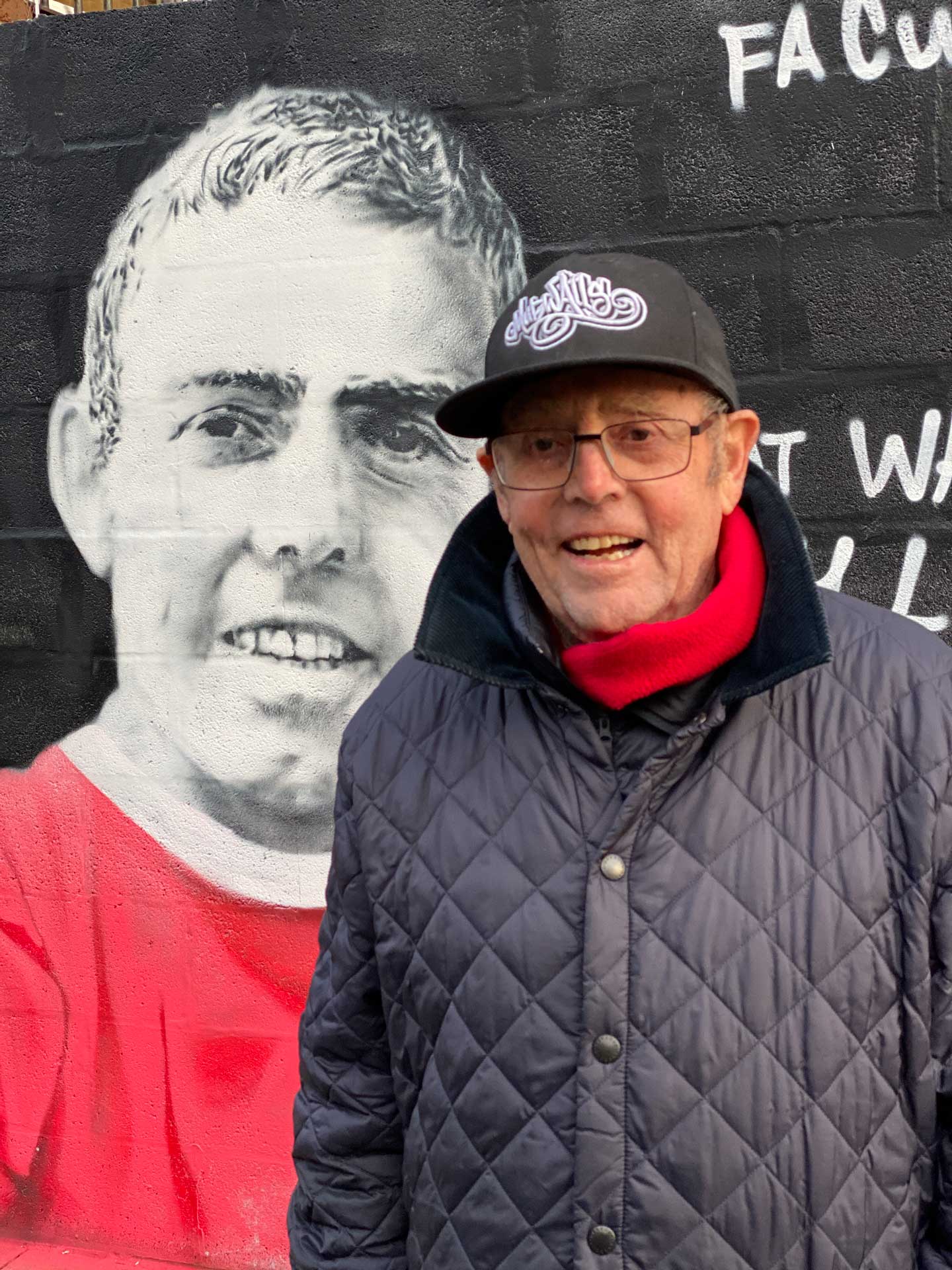 Ian St John was responsible for the single greatest moment of the Shankly era. It was his extra-time goal that sealed our first FA Cup in 1965 and brought hundreds of thousands on to the streets of Liverpool in jubilation.

When Ian St John sealed the winner for Bill Shankly’s side in 1965, it secured the club’s first FA Cup. After overseeing a remarkable transformation of the club and returning Liverpool to the first division, Shankly’s men had ended a 17-year wait for a league title the previous campaign.

Liverpool had booked a place at Wembley and would meet Leeds United, who would finish the league campaign as runners-up under Don Revie.

While the significance of the FA Cup in present-day has waned, it’s importance for Shankly and Co. and all who contested for the trophy could not be understated – with the Reds having obsessed over the piece of silverware ever since their first league triumph in 1901.

Leeds in all white and Liverpool in all red contested the final, where a first-time winner would have been crowned irrespective of the result.

“Our opponents, Leeds United, have proved themselves beyond doubt to be a great team, clearly the whole set up at Leeds is one of the finest. But the better the opposition, the better we play,” Shankly had declared ahead of the game.

Prior to the game, the Reds’ coach was caught in heavy traffic on the way to the stadium and would require a police escort to ensure the match kicked off on time.

Revie’s side, meanwhile, had overcome Man United to reach the final against Liverpool, a showpiece which went the distance, with neither team scoring in regulation time to set up extra time.

And three goals then came in a hurry. Rodger Hunt had edged Liverpool into the lead merely three minutes into extra-time with a headed effort, only for Leeds’ Billy Bremner to strike back on the cusp of the interval.

It left the tie finely poised, but up stepped Ian St John who provided the second headed finish of the afternoon after superbly dispatching Ian Callaghan’s delivery beyond Gary Sprake.

St John described the goal as the “most wonderful moment of my life.”

It proved to be the winner and while the clash was far from a classic, the men in red could not care less come the final whistle as on May 1 1965, the famous FA Cup finally made its way to Anfield for the first time.

Wembley was a sea of red on a day where ‘You’ll Never Walk Alone’ was heralded as the club’s “signature tune,” where emotions overflowed both on and off the pitch once the title was secured.

“Grown men were crying and it was the greatest feeling any human being could have to see what we had done,” Shankly would later write in his autobiography.

“There have been many proud moments. Wonderful, fantastic moments. But that was the greatest day, the one I treasure the most.”

Ron Yeats would accept the trophy from the Queen and upon their return to Liverpool, over 500,000 people lined the streets to welcome the FA Cup-winning champions, where the outpouring of emotion and support hammered home how significant their success was.

For the first time in Liverpool’s 73-year history, the FA Cup was theirs and a constant stream of success would follow both domestically and in Europe until the 1980s thanks to the foundations laid by the great Bill Shankly.

55 years later, this moment is celebrated with a stunning mural of the goal scorers, Ian St John and England’s World Cup Winner, Roger Hunt, MBE in-between an iconic quote by the great Bill Shankly which reads “That was the greatest moment of my life winning the cup, not for me, but for the people of Liverpool.”

It has become a recent tradition of these legends to sign the artworks and give it a seal of approval, and St John was proud to put his name to the wall in white ink. Other murals in the area by MurWalls have been signed by legends, including a tribute to Ray Clemence and a wall at the ARC hotel featuring Kenny Dalglish, Stephen Gerrard and Jamie Carragher amongst others.

“It was an honor to do this project and celebrate such an iconic moment in Liverpool’s history, arguably, the most important moment. Without the trophy, the club may not be in the glorious situation it is enjoying today.

Ian’s goal was key to that victory, and it was an honour to be in his company and for him to come down to the wall and appreciate it. His wit and humor are still the same as I enjoyed as a child watching him on the Saint & Greavsie shows. It was Ian’s son, also named Ian who helped us create the concept of the design. We are now in the process of creating a plaque to give recognition to every one of the 11 players who shaped Liverpool’s dynasty.

The quote by Bill Shankly has great meaning and reflects his willingness to please the people of Liverpool. We hope that our latest mural in our portfolio echoes his quote and gives the Liverpool community great pride”. 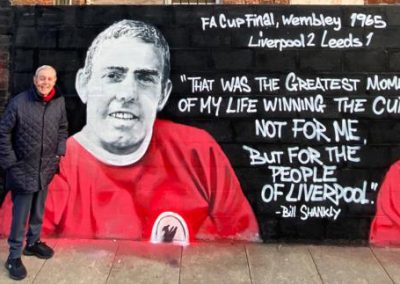 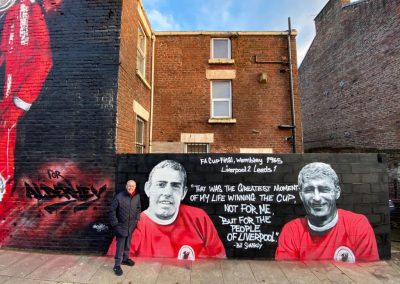 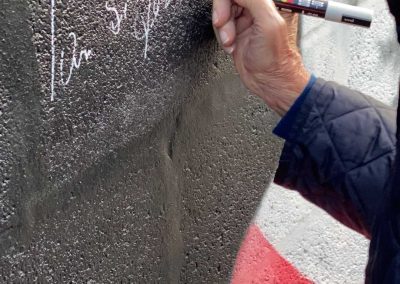 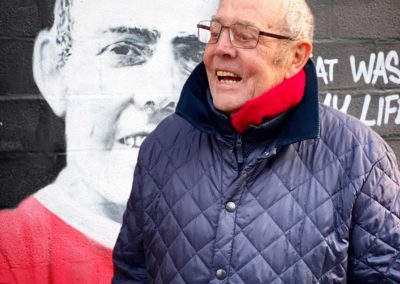