Four of Everton FC’s biggest legends to a larger-than-life mural painted on the side of the Lee Floorstock building in The Baltic District of Liverpool. 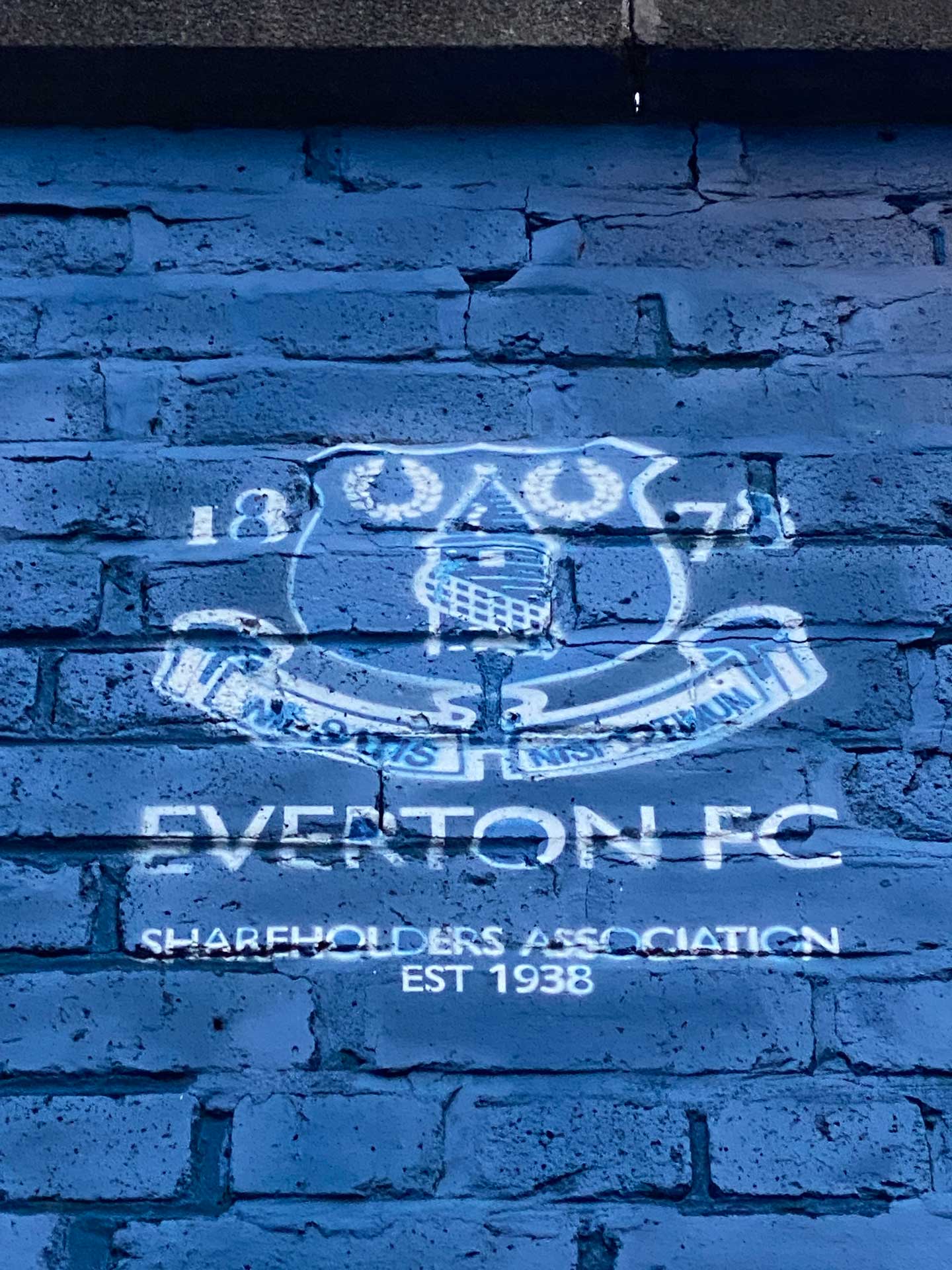 In November 2020, MurWalls, a talented team of street artists brought four of Everton FC’s biggest legends to a larger-than-life mural painted on the side of the Lee Floorstock building in The Baltic District of Liverpool. It is a collaboration by Kit It Out and the MurWalls team who, after months of planning and designing completed this stunning masterpiece in just 48 hours. Funding for this artwork was arranged by Kit It Out using crowdfunding and it is also supported by the Everton Supporters Association. The wonderful team at Kit it Out work hard to support football poverty by collecting kits that are no longer required by teams and passing them on to those who may not be in a position to afford them.

The piece features head and shoulder portraits of five great Everton legends, Dixie Dean, Alan Ball, Howard Kendall, Neville Southall MBE and Leighton Baines. Above their heads the words “Once Everton has touched you; nothing will be the same” is emblazoned and of course these were the famous words of Alan Ball. Beneath this we see the Everton FC Supporters Trust, Kit it Out and Fans Supporting Foodbanks logos. The latter being a community cause that both the club and supporters hold close to their hearts and we all agreed this was the perfect way to raise the profile. It was founded in 2015 to tackle food poverty in Liverpool. It provides a quarter of all food donations to north Liverpool food banks and has helped to develop a network of fan-driven food banks across the UK. It is an example of progressive football fan activism

William Ralph “Dixie” Dean (22 January 1907 – 1 March 1980) is widely regarded as one of the greatest players of his generation and was inducted into the English Football Hall of Fame in 2002.

Neville Southall MBE has been described as one of the best goalkeepers of his generation and won the FWA Footballer of the Year award in 1985.

Leighton Baines racked up an incredible 348 appearances scoring 29 goals from left back over a 13-year period.

Following the success of the mural, a special photograph was taken of the wall by Everton FC’s official photographer, Anthony McArdle. The photograph was turned into 50 limited edition A3 Giclée Fine Art prints onto 285g Platinum Etching stock. The Prints sold out almost immediately to Everton FC supporters around the globe. Each print was embossed, and hand signed by MurWalls. 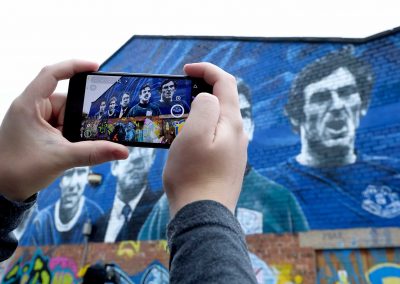 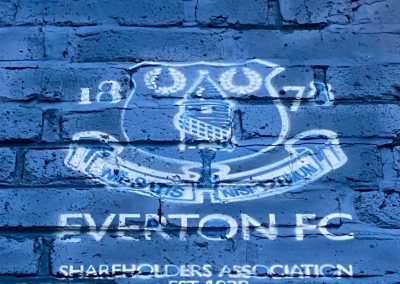 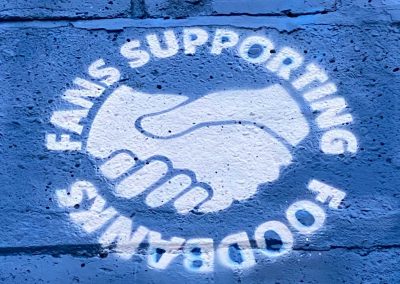