We work with some of the best brands and sporting clubs to bring you officially licenced street art. 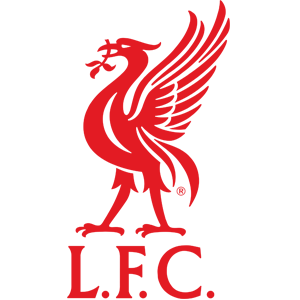 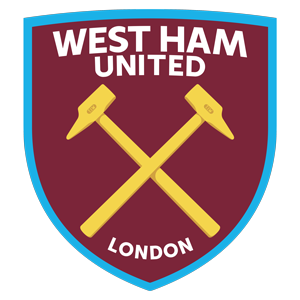 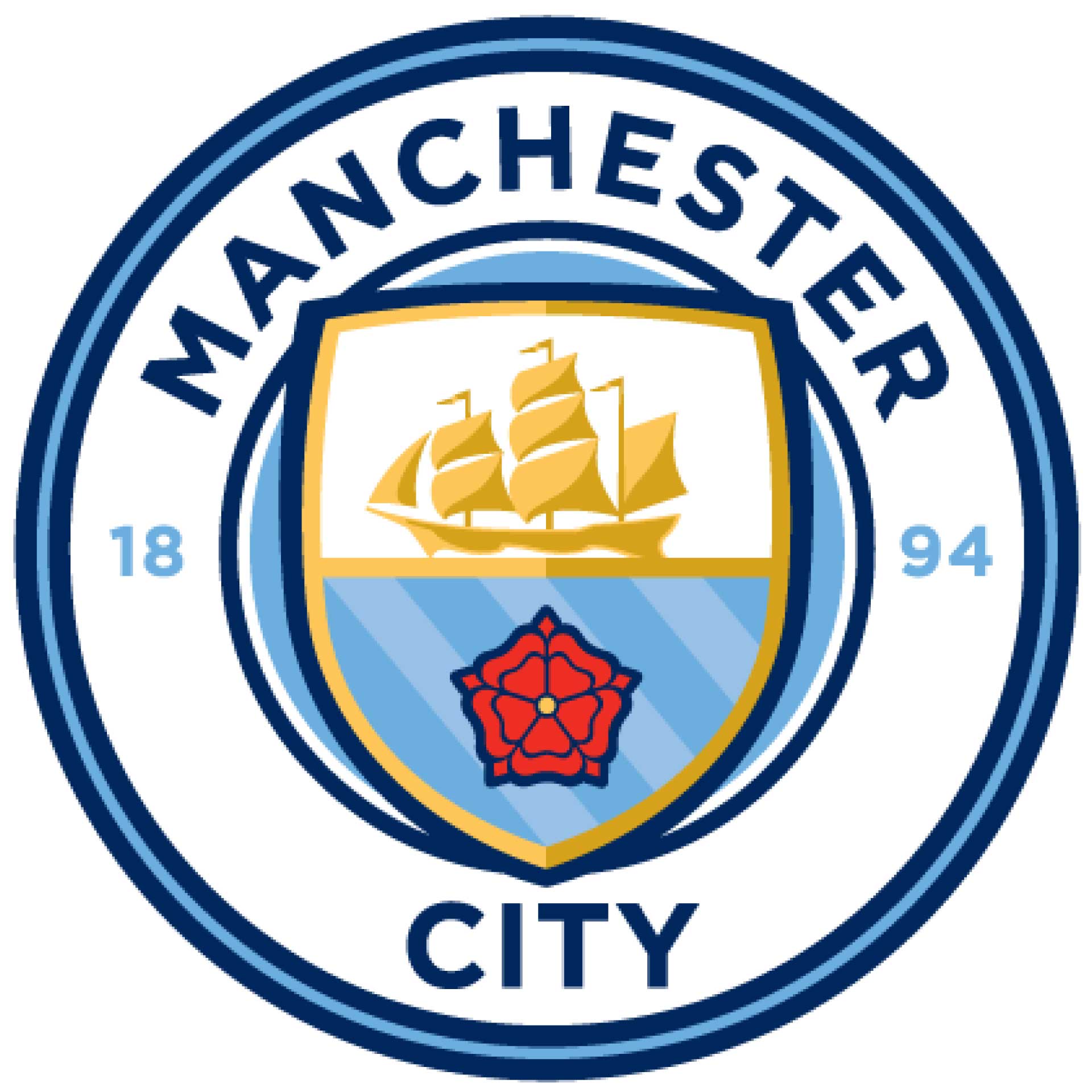 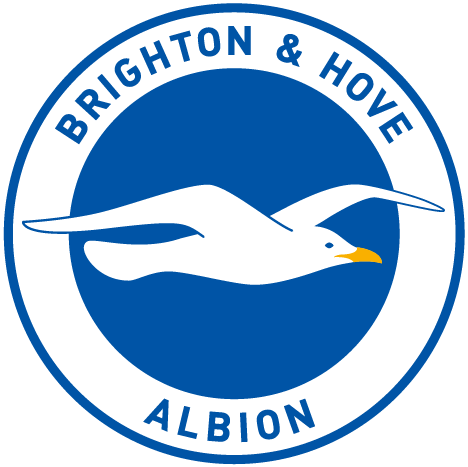 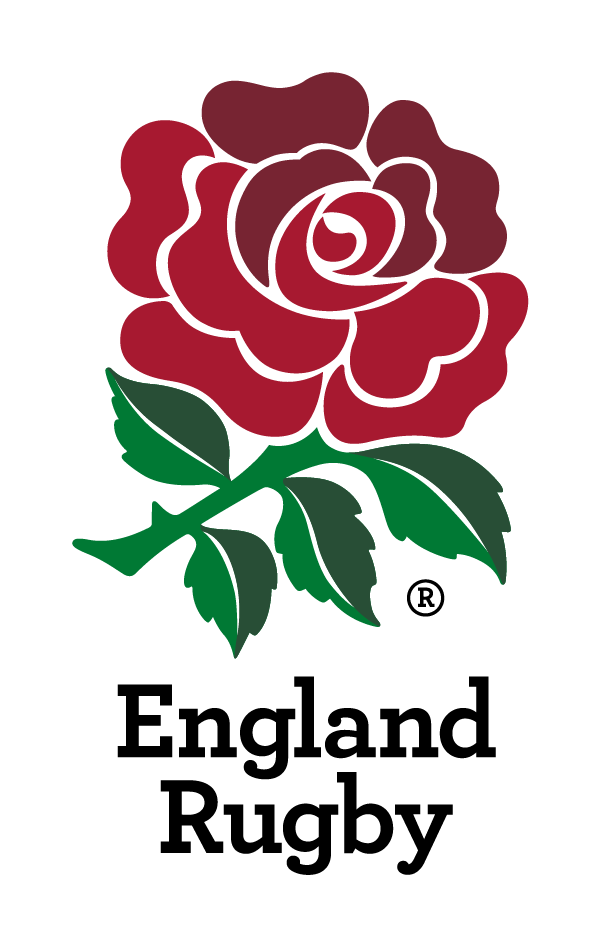 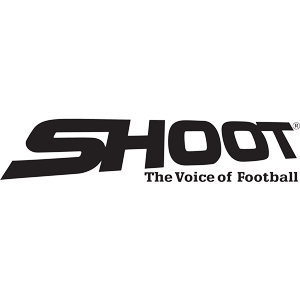 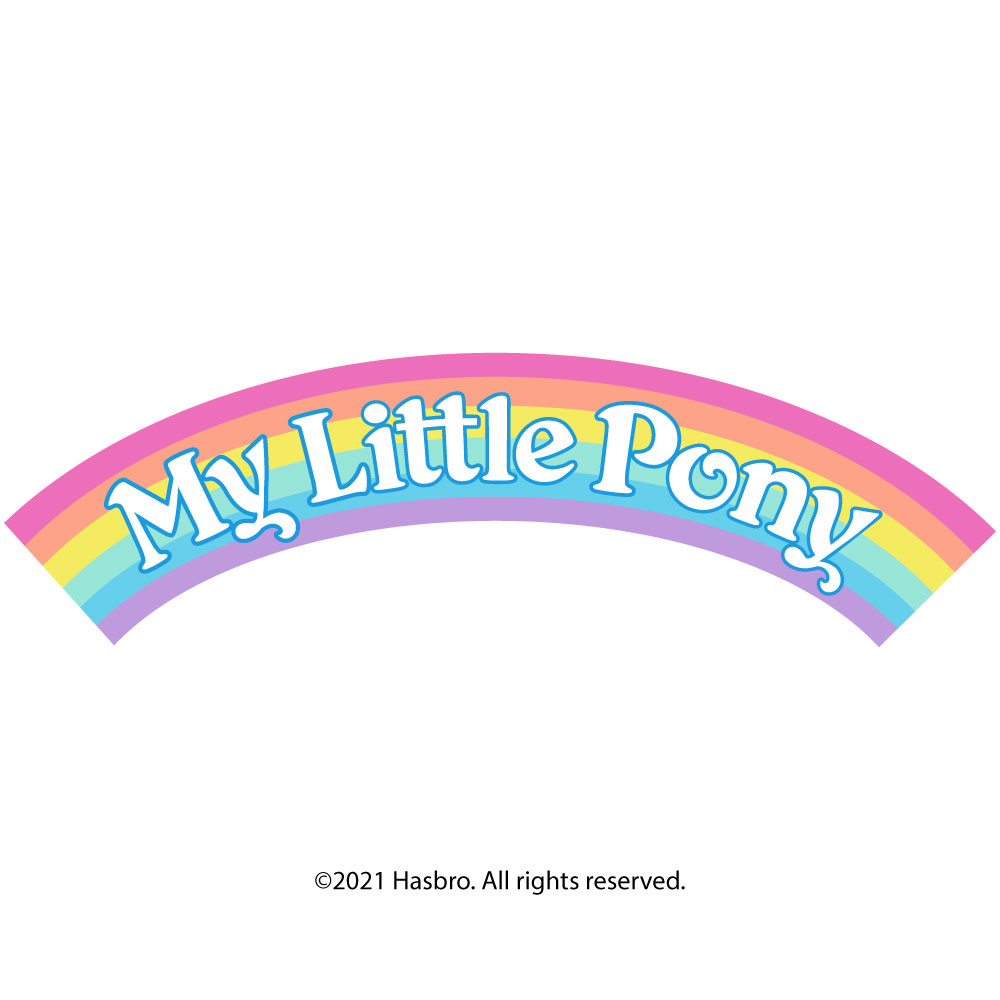 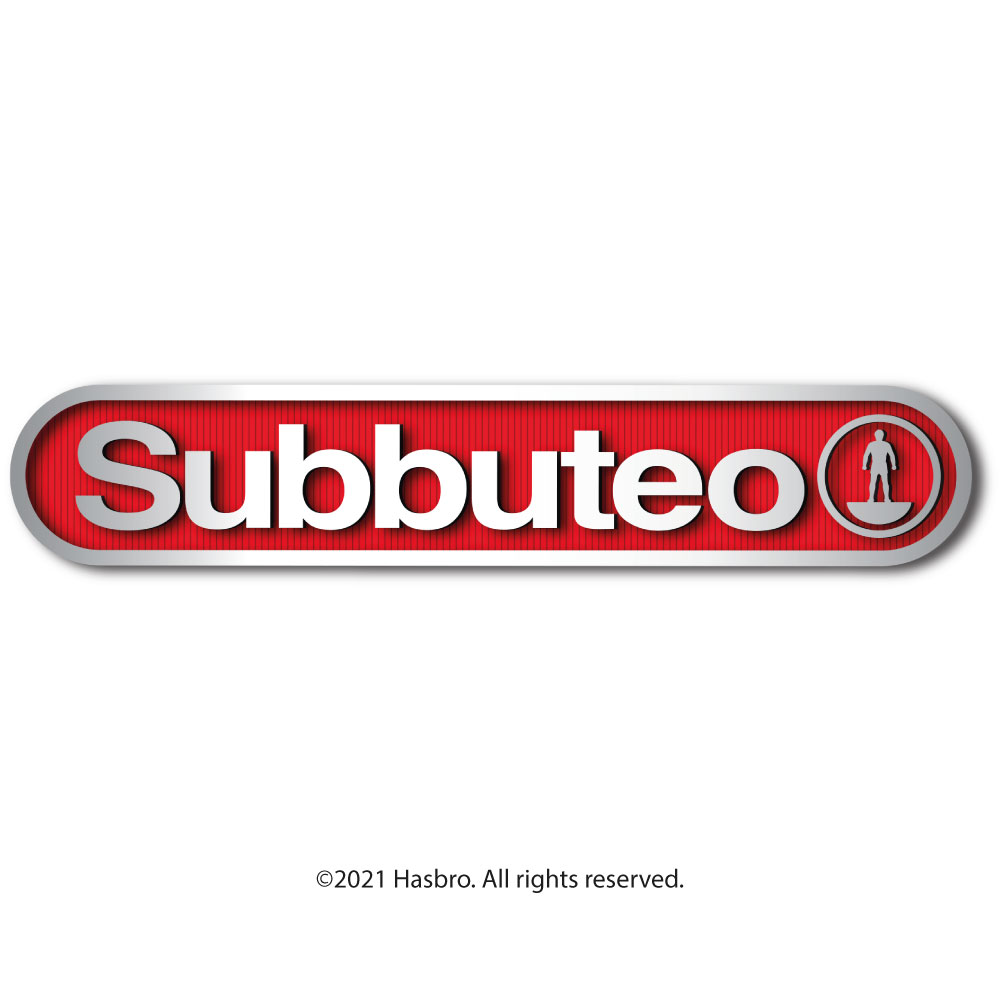 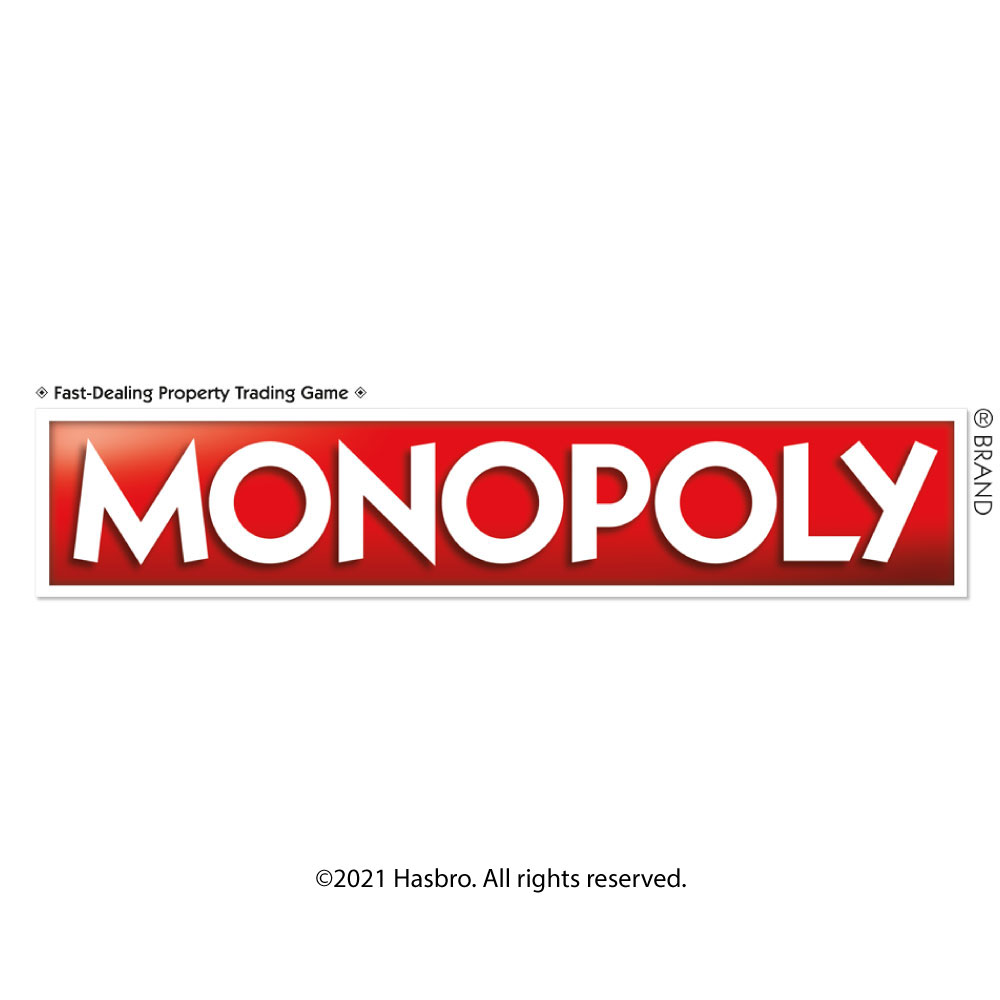 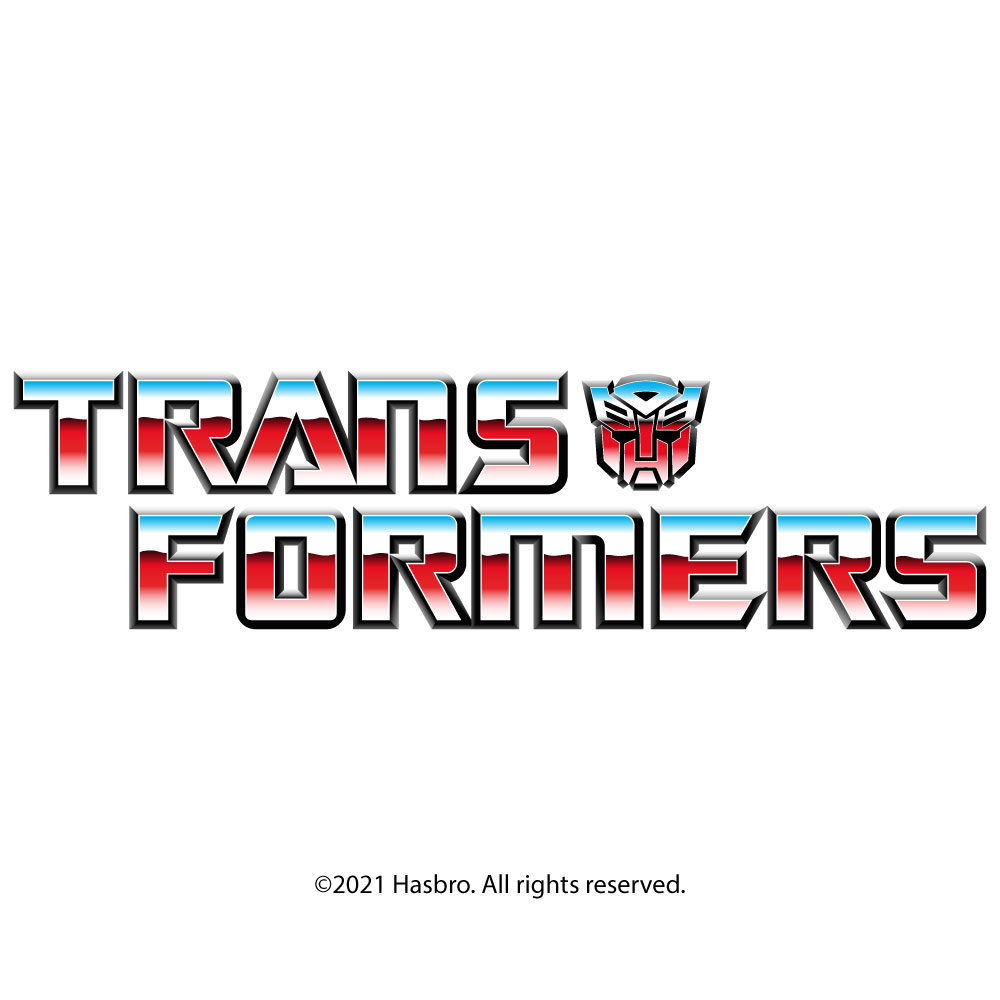 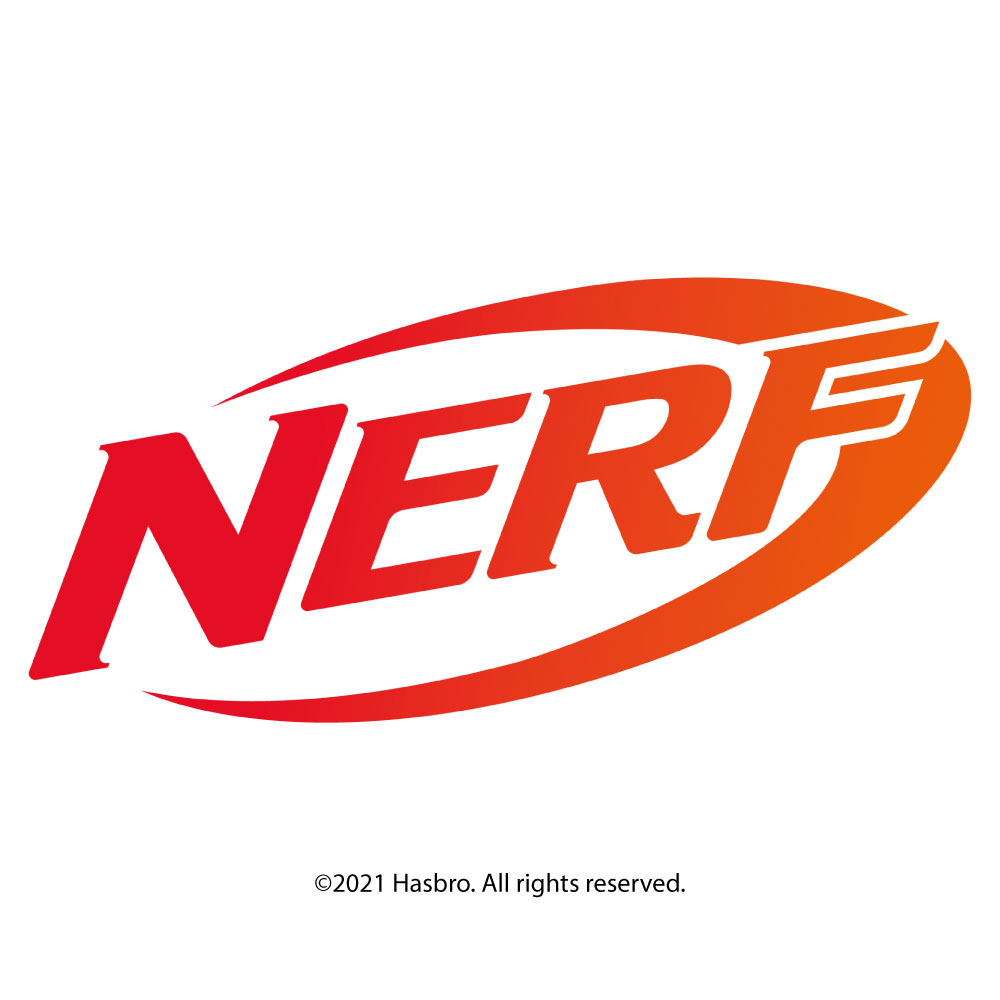 When you choose a street art theme for your home or business, there are a number of things to consider.  MurWalls make this process effortless and will walk you through the process with their specialist experience and creative expertise.

MurWalls create a vast range of themes and generic designs which will transform your space into a stunning focal point that is truly unique to you.

What makes MurWalls really stand out from the crowd is our strong relationship with a number of global brands.  Our Official Licences allow us to create so much more than a generic piece of art.  When you choose an officially licenced theme with MurWalls, you will receive an authentic piece using official assets and logos.  We know how important it is to have your artwork perfect, and with MurWalls you can be sure we will be working hard to get every detail right.

We have new brands coming on board frequently, so make sure you subscribe to our newsletter to be first to hear our exciting news!

The LFC brand is iconic and one of the most important assets of the historic football club. The LFC family has since evolved by the millions and their ever-increasing fan base now stretches proudly around the globe. No matter where you are in the world on a matchday, wherever Liverpool FC fans gather, you’ll hear ‘You’ll Never Walk Alone’ ringing out in the same spirit as it does in the stands here at Anfield, where the legendary 12th Man creates an atmosphere that is the envy of all opposition clubs.

MurWalls are proud to be part of the world’s greatest football family, officially Licensed with Liverpool FC to create customised street art for your home.

With over 125 years of rich London heritage, West Ham United Football Club is built on a passionate and loyal East London fan base.

West Ham has been winners of the FA Cup three times, in 1964, 1975 and 1980, and have also been runners-up twice; in 1923 and 2006. The club has reached two major European finals, winning the UEFA Cup Winners’ Cup in 1965 and finishing runners-up in the same competition in 1976. The club’s highest league position to date came in 1985-86, when they achieved third place in the then Football League First Division.

The claret and blue army have enjoyed many cult heroes over the years, but none more so than England’s greatest ever captain, Sir Bobby Moore, who was one of three West Ham players who were members of the 1966 World Cup final-winning team, including goal scorers Sir Geoff Hurst and Martin Peters.

Manchester City Football Club is an English football club based in Manchester that competes in the Premier League, the top flight of English football. Founded in 1880 as St. Mark’s (West Gorton), it became Ardwick Association Football Club in 1887 and Manchester City in 1894. The club’s home ground is the Etihad Stadium in east Manchester, to which it moved in 2003, having played at Maine Road since 1923. The club adopted their sky blue home shirts in 1894 in the first season of the club’s current iteration, and have been used ever since.

Brighton & Hove Albion Football Club, commonly referred to simply as Brighton, is an English professional football club based in the coastal city of Brighton and Hove. They compete in the Premier League, the top tier of the English football league system. The club’s home ground, the American Express Community Stadium, holds a 30,750-capacity.

Founded in 1901 and nicknamed the “Seagulls” or “Albion”, Brighton played their early professional football in the Southern League, before being elected to the Football League in 1920. The club enjoyed their greatest prominence between 1979 and 1983 when they played in the First Division and reached the 1983 FA Cup Final, losing to Manchester United after a replay. They were relegated from the First Division in the same season.

By the late 1990s, Brighton was in the fourth tier of English football and had financial difficulties. After narrowly avoiding relegation from the Football League to the Conference in 1997, a boardroom takeover saved the club from liquidation. Successive promotions in 2001 and 2002 brought Brighton back to the second tier, and in 2011, the club moved into the Falmer Stadium after 14 years without a permanent home ground. In the 2016–17 season, Brighton finished second in the EFL Championship and was promoted to the Premier League, ending a 34-year absence from the topflight.

The future of the Albion is bright, and MurWalls are proud to be officially licensed to produce street art for the club. 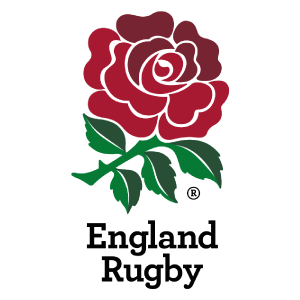 The English red rose is the symbol for England’s national rugby union team. They compete in the annual Six Nations Championship with France, Ireland, Italy, Scotland and Wales. England has won the championship on 29 occasions (as well as sharing ten victories) – winning the Grand Slam 13 times and the Triple Crown 26 times – making them the most successful outright winners in the tournament’s history.

The history of the team extends back to 1871, when the English rugby team played their first official test match, losing 1–0 to Scotland. England dominated the early Home Nations Championship (now the Six Nations), which started in 1883. Following the schism of rugby football in 1895 into union and league, England did not win the championship again until 1910. Following their Grand Slam in 2003, England went on to win the 2003 Rugby World Cup, defeating Australia. They contested the final again in 2007 in defence of their title, losing 15–6 to South Africa, and reached the final for the fourth time in 2019, once again losing to South Africa, 32–12.

England players traditionally wear a white shirt with a rose embroidered on the chest, white shorts, and navy-blue socks with a white trim. England’s home ground is Twickenham Stadium, where they first played in 1910. The team is administered by the Rugby Football Union (RFU).

Care Bears™ are a fictional group of multi-coloured bear characters, originally painted in 1981 by artist Elena Kucharik to be used on greeting cards from American Greetings, but in 1983, the characters were turned into plush teddy bears.

Each Care Bear is a different colour and has a special “belly badge” that represents its personality. Adding to the Care Bear family are the “Care Bear Cousins”, which feature a lion, rabbit, penguin, raccoon, monkey, elephant, pig, lamb, dog, cat, and horse created in the same style as the Care Bears.

In 2002, new versions of the bears were manufactured by Play-Along Toys. A revival TV series, Care Bears: Welcome to Care-a-Lot, premiered on The Hub on June 2, 2012, for one season. A continuation with the same characters, Care Bears and Cousins, was commissioned by Netflix and premiered in 2015. That year, toy company Just Play debuted a range of Care Bears toys (plush, figurines, and blind bag collectables) based on the series.

The current TV series, Care Bears: Unlock the Magic, debuted on Boomerang SVOD on February 1, 2019, and has since tied in with a new toy line from Basic Fun!

MurWalls are proud to be the official licensed street partner for Cloudco Entertainment to produce street art using the iconic popular characters and assets.

“THE VOICE OF FOOTBALL”

Shoot first hit the shelves as a weekly publication on August 16th, 1969, and quickly became the UK’s most popular football magazine.

With star guest writers, including England’s legendary World Cup-winning captain Bobby Moore, Jimmy Greaves, Kevin Keegan, Joe Cole and John Terry, to name just a few, it was a must-have for every footy fanatic who wanted an in-depth look at the beautiful game.

After moving from a weekly to a monthly in 2001, editions continued to be packed with fascinating features and interviews with the biggest stars the sport had to offer.

A change in ownership, from Time Inc. UK, then known as IPC Media, to Pedigree Group Ltd, the UK’s market leader in Annuals, Yearbooks and related activity formats, resulted in Shoot moving into an exciting new era as it became the first printed football title in the UK to enter the digital world.

In August 2011, the first cross-platform eMagazine was released via the new Shoot website and app, which was soon made a featured product on Apple’s App Store.

To the present day, Shoot, which is still the UK’s Leading Football Annual, recently launching the 2016 version, has now incorporated all the great content from the eMagazine into one fantastic, new website, as the brand continues to move with how and when people want content. 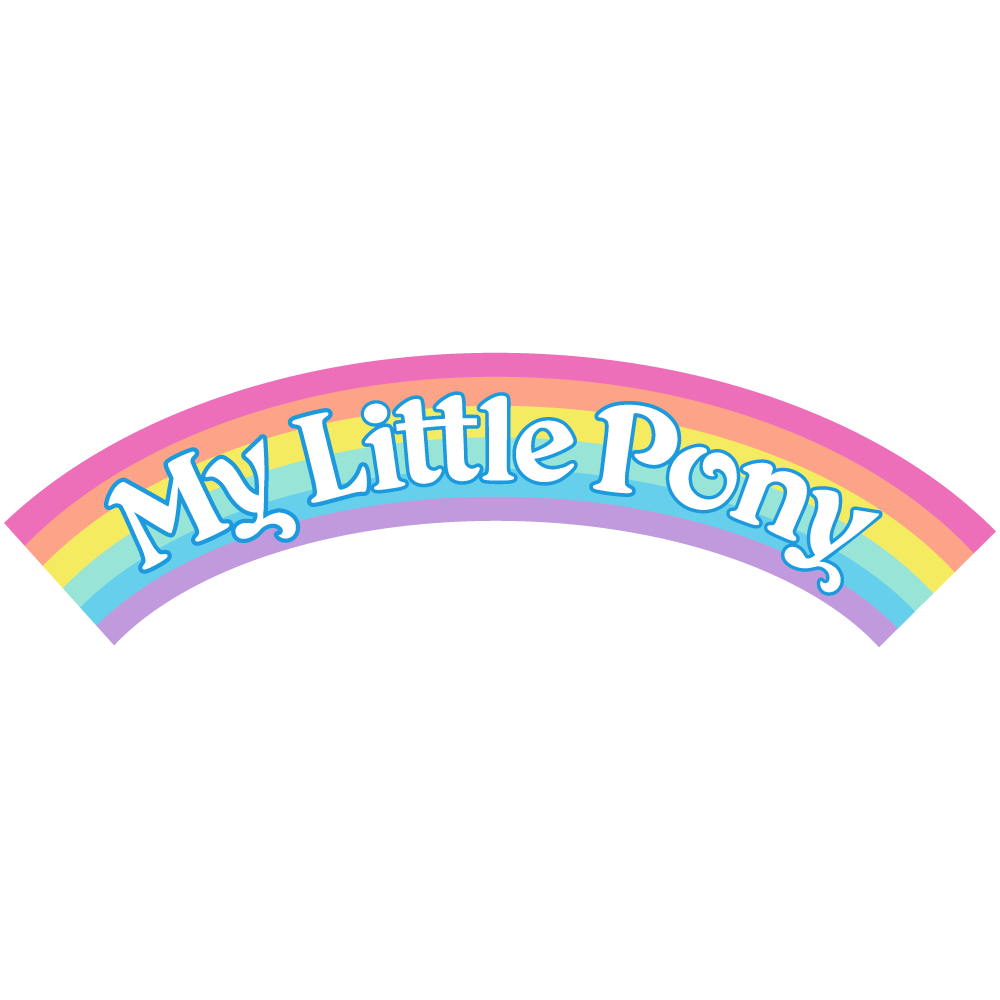 My Little Pony is a classic toy line and media franchise from the 80’s developed by American toy company Hasbro. The first toys were developed and produced in 1981. The ponies feature colourful bodies, manes and a unique symbol on one or both sides of their flanks. Such symbols are referred to in the two most recent incarnations as “cutie marks”. My Little Pony has been revamped several times with new and more modern looks to continue its appeal to the market, with each new look called a “generation” by the show’s collectors and fans. The franchise is mainly targeted at girls, although it has found an unintended audience of bronies.

Following the original My Pretty Pony toy that was introduced in 1981, My Little Pony was launched in 1982, and the line became popular during the 1980s. The original toy line ran from 1982 to 1992 in the United States and to 1995 globally, and two animated specials, an animated feature-length film and two animated television series produced during the period up until 1992. The first incarnation’s popularity peaked in 1990 with one hundred fifty million ponies were sold in the 1980s.

Hasbro launched the fifth generation of toys and associated media in 2021.MurWalls will be working together with HASBRO to produce official street art using the MLP popular characters and assets. 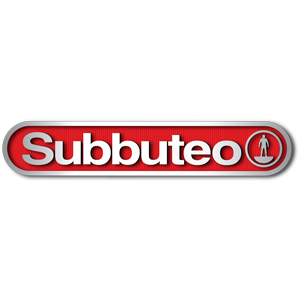 “PREPARE FOR KICK OFF!”

Subbuteo is the classic game of flick football which remains high popularity over the world!  A favourite with fathers and sons alike, Subbuteo has brought generations together with fun and inclusive gameplay. Subbuteo appeals to all football supporters, highlighting the best elements of football without having affiliation with any specific teams. Part of the HASBRO family, Subbuteo is sportsmanship, competition, fair play, excitement and tactics inclusively. 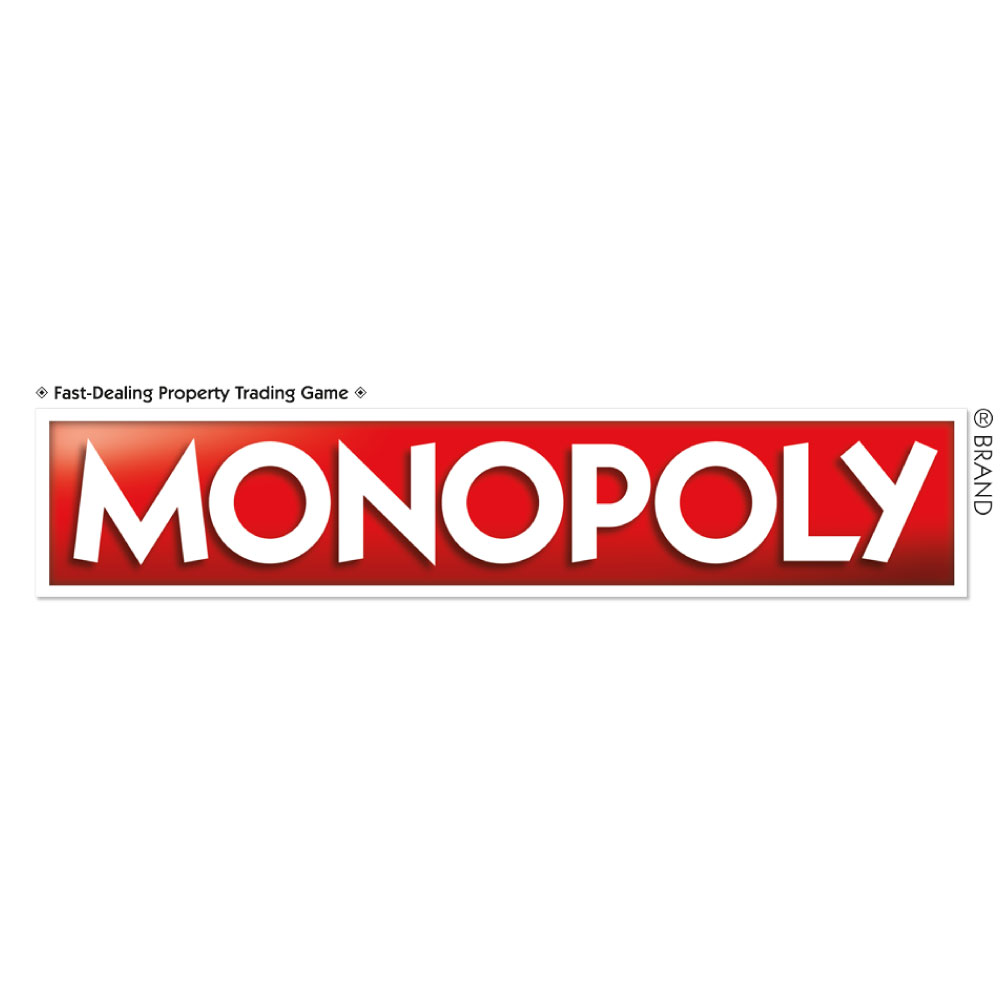 Monopoly is one of the most iconic board games of all time. The game currently published by Hasbro involves players rolling two six-sided dice to move around the board, buying and trading properties, and developing them with houses and hotels. In addition, players collect rent from their opponents, with the goal being to drive them into bankruptcy.

The game is licensed in over 100 countries and printed in 37 languages, and there are over 1,100 versions of the game. MurWalls are the official licensed partner to produce street art using the brand’s many recognisable assets. 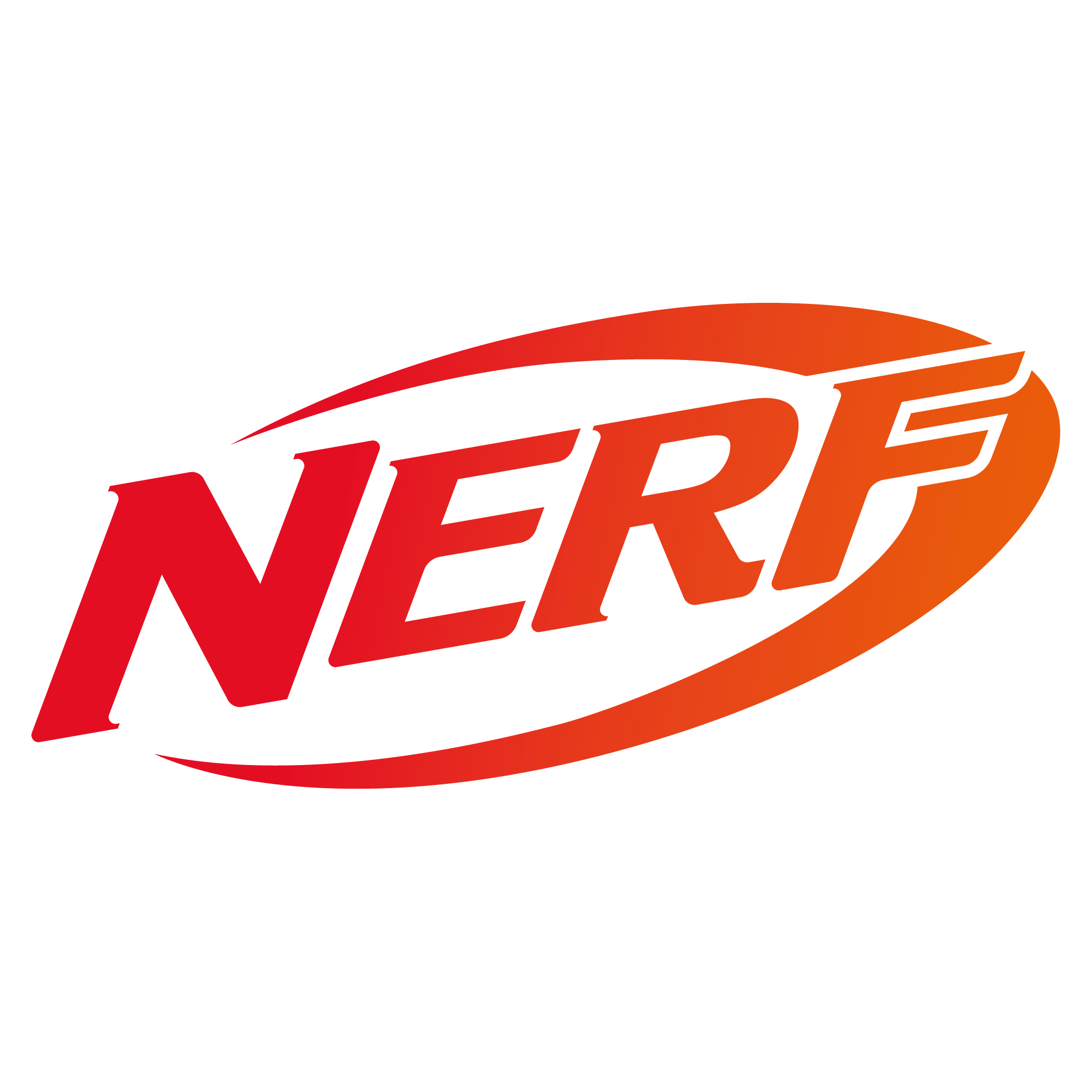 “THE ULTIMATE IN DART BLASTING”

Nerf is a toy brand formed by Parker Brothers acquired by Hasbro in 1991. Most of the toys are a variety of foam-based weaponry, with other Nerf products, including balls for sports such as American football, basketball, and baseball. The most notable of the toys are their dart guns (referred to by Hasbro as “blasters”) that shoot ammunition made from Nerf foam. 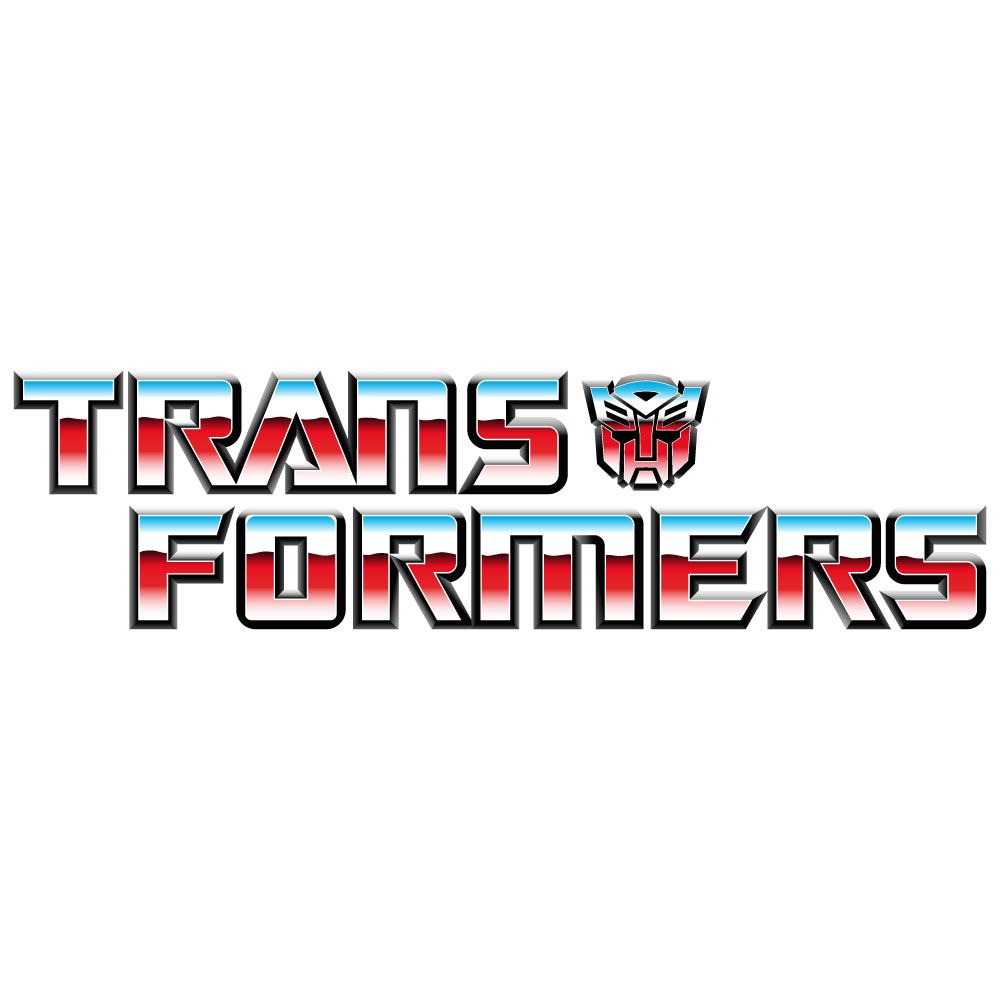 “MORE THAN MEETS THE EYE”

In over three decades of storytelling, the battle between the Autobots and Decepticons, the icons who lead them, and the unforgettable characters who comprise their ranks have come to life in movies, TV shows, comic books, and digital media. Mode-changing toys and exciting consumer products bring home the magic of Transformers robots and allow kids, collectors, and fans to choose their side and play out their own chapters in this epic, ongoing battle.

Murwalls are delighted to amplify the incredible story of Transformers in a way that’s consistent and compelling across all expressions and stays true to the brand’s core DNA, so you can deliver work that’s on brand, on character, and on story.